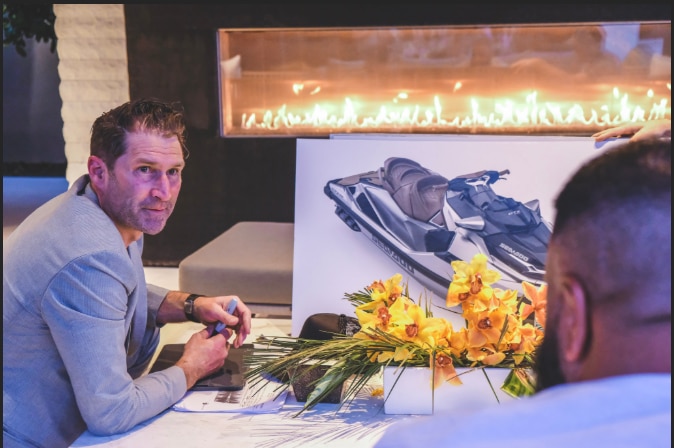 The Snapchat king of personal watercraft now has the most eye-catching Sea-Doo in Miami. Anyone who follows DJ Khaled knows he LOVES Sea-Doo, so our design team collaborated with him to make a one-of-a-kind GTX Limited 300 in graphics matching his latest album. And it was delivered to him in true Miami style.

DJ Khaled is a colorful person who rides his Sea-Doo RXT-X 300 as an escape from the daily entertainment industry grind and to ignite his creativity. Over the past spring he’s been inspired by the floral colors abundant in South Florida. The cover art of his new album, Father of Asahd, pictures him and his son amid a colorful bloom and wearing floral print shirt and shorts. When he met with the Sea-Doo design team to collaborate on a custom designed GTX Limited his love of the floral trend carried over.

The Sea-Doo Design team met with DJ Khaled at his Miami home to collaborate on a custom graphics design for his new GTX Limited that would be produced and installed by Sea-Doo graphics wrap partner SCS Unlimited. The design encompassed this vibrant custom wrap that matches his “tropical vibes,” a custom seat, and was finished with his record label, We The Best, front and center on the front hood.

This DJ Khaled Sea-Doo GTX Limited is anything but average and any delivery other than a spectacular, Miami-style reveal wouldn’t have been worthy. To deliver his new Sea-Doo, Performance Ambassador Erminio Iantosca personally delivered the custom Sea-Doo in a custom gift box. Iantosca towed the gift wrapped Sea-Doo through the Miami Beach canals to his waterfront home while playing tracks from DJ Khaled’s new album on this RXT-X 300 sound system. DJ Khaled shared the reveal of his custom Sea-Doo on his social media channels where nearly one million people witnessed his excitement.

DJ Khaled is certainly one of a kind and now he has a custom Sea-Doo to match. It’s safe to say, DJ Khaled will be having a fun summer Living the Sea-Doo Life! Follow him @djkhaled on Instagram and share your #SeaDooLife with us on @BRPSeaDoo. 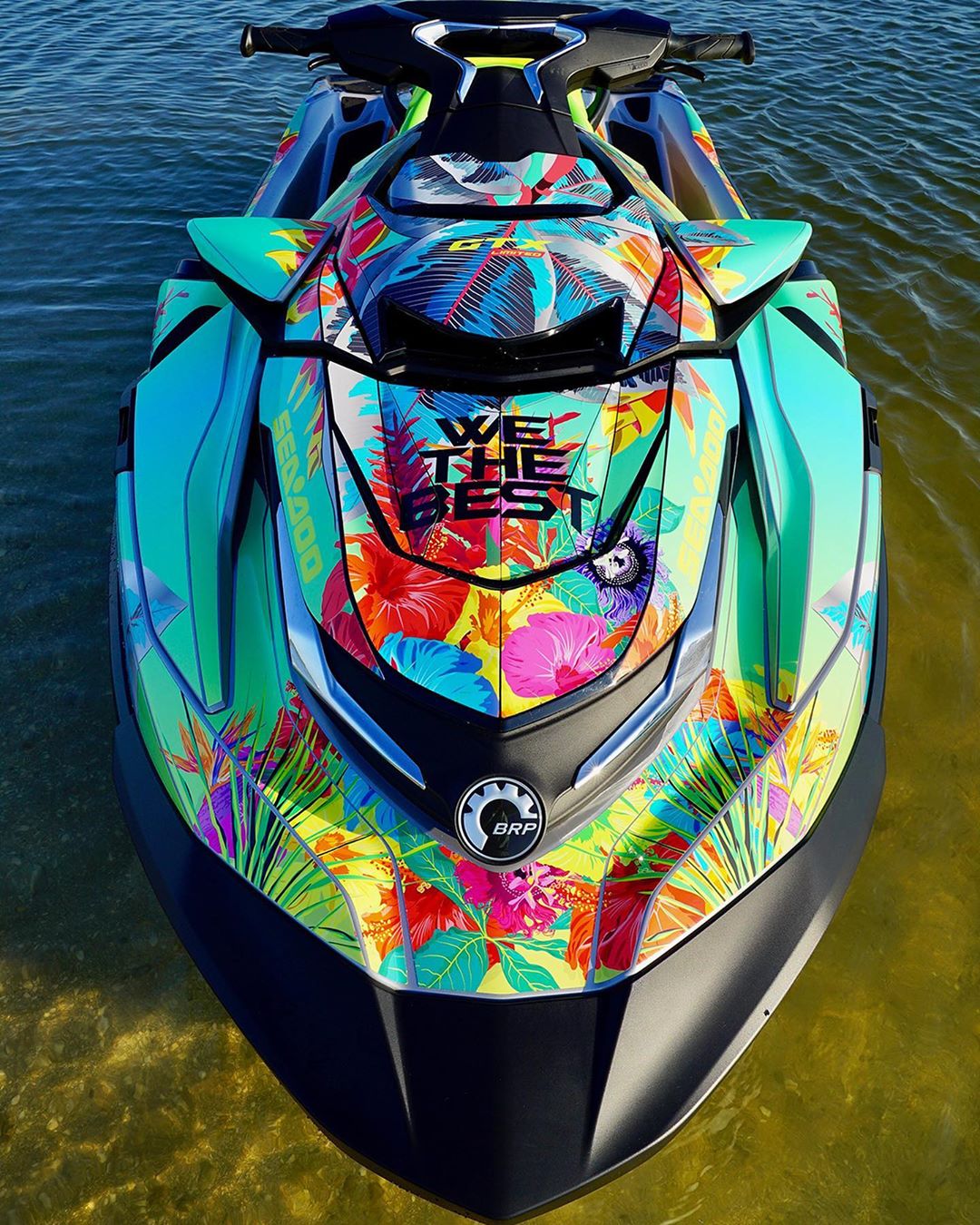 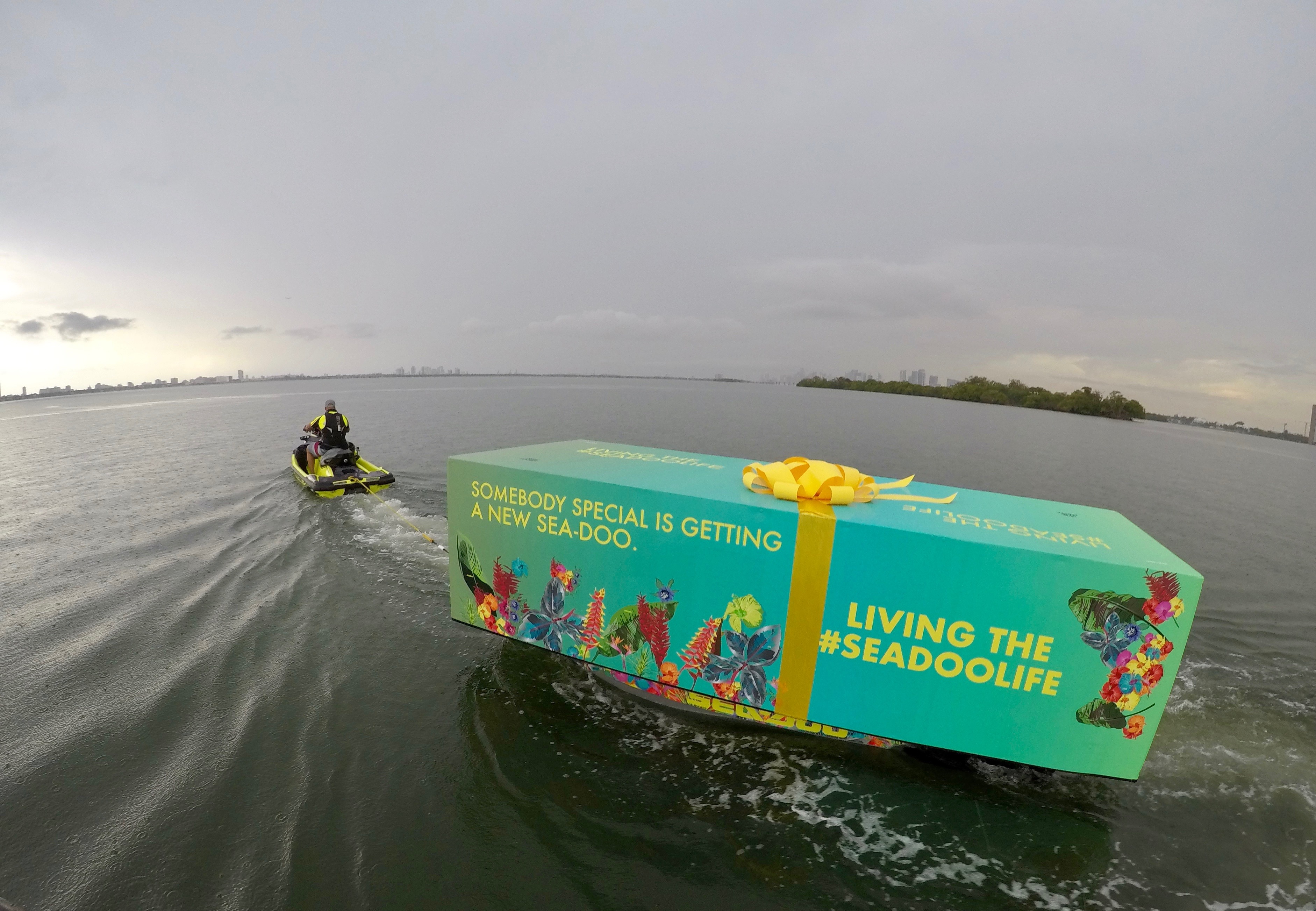 Your browser ([browserInfos]) is out of date. It has known security flaws and may not display all features of this and other websites. Learn how to update your browser