No matter where you go, the Sea-Doo life will follow. You only need to find the right spots to enjoy it. Our Sea-Doo friends over at Lakeland Luxperience have got you covered and know the right spots around the Saimaa lakeland area in Finland. You even could find it really cool outside of the traditional summer months!

Saimaa is Finland’s largest lake, situated in Southeastern Finland, making it also the fourth largest natural freshwater lake in Europe. You can get to Saimaa by car in less than three hours from Helsinki, which makes it quite easy to get to even from abroad.

But getting to Saimaa is the easy part – the hard part is finding all the good spots around a lake that covers over 4,200 km2! Luckily, the crew at Lakeland Luxperience know their way around Saimaa better than anyone.

How to have the best time in Saimma
Lakeland Luxperience have organised Sea-Doo safaris around Saimaa lakeland for a while now. They are customised three-day, four-night experiences filled to the brim with Sea-Doo life experiences. By customising their safaris to different people, they’ve seen many places a regular outdoor explorer wouldn’t happen upon.

The way Lakeland Luxperience are able to customise safaris for each guest’s wishes is based entirely on the versatility that jetskis enable. If you like outdoor experiences – you’ll get the best outdoor locations and the degree of wilderness camping you desire.

On the other hand, if you want luxury, you needn’t worry – all the cities around Saimaa are fully accessible by riding your jetski on the shore or beach and just walking to the city centre, and all the best hotels are available to stay in. The choice is yours, just let us know what you desire.

All through the safari, the host from Lakeland Luxperience is at your disposal – anything you think to ask or request during the safari, they do their best to deliver. WIth them, you really do get the best service available, the kind of overnight safari experience you deserve, all the while secure in the knowledge your safari host is there to help you in anything you need.

Now, without further ado, here are three things you definitely should experience while in Saimaa lakeland.

Saimma trip tip #1 – Olavinlinna castle from the lake
Olavinlinna, which is also known as St. Olaf’s Castle, is the world’s northernmost medieval castle that’s still in use, most famously as the setting for the Savonlinna Opera Festival and Boxing Night Olavinlinna. The castle sits on its own island right next to Savonlinna city centre in the northern parts of Saimaa lakeland – making it easily reachable with a Sea-Doo.

The castle itself – which was built in the 15th century – is clearly visible and accessible by land and open to visitors but the majesty of the magnificent medieval walls and three towers really come to their own when viewed from the water. This really is a perspective which not many think to view the castle from even if they could, and definitely should. With a jetski, it’s even possible to ride around the entire island castle.

The view from the waters of Saimaa and the ability to ride around the castle make Olavinlinna a truly unique sight to behold in the Saimaa Lakeland area. It is also a place Lakeland Luxperience safaris often visit, which is no wonder.

In addition to seeing Olavinlinna from the water, if you are looking for an urban experience for your safari, Savonlinna is right there for visiting or spending the night. The sandy beach is handy for parking your jetski, and right across the beach bulevard, is a five star hotel for a luxury stay.

If you want something more exotic, there’s also a recently opened steamboat hotel for those looking for accommodation more suited for your safari theme. Either way, the harbour area, traditional fried vendaces, and other city experiences of Savonlinna are there to enjoy for your stay.

Saimaa trip tip #2 – Raikuu channel
Raikuu channel is an open, shallow channel that was dug by the locals in the 18th century. As such, it’s not meant for larger watercraft at all despite being a channel that allows for bypassing a land area of over 1000 km2.

It was built out of necessity back in its day but nowadays, outside of local knowledge, it is not that well known or traversed despite its beautiful lake-meets-forest scenery. You’re in luck however if you are riding a Sea-Doo, since the whole channel is yours to ride on a jetski – the opening to the channel actually even looks like it was made for jetskis due to its size!

Even the lowest bridges crossing the channel are a breeze to pass despite the low overhang, making for exciting riding opportunities that are hard to come by elsewhere – or with any other vehicle.

The channel also has man-made fortifications along its sides that were built for defence purposes, and it’s possible to admire them during the ride due to the slower speeds the channel requires to navigate through.

Passing through the channel leads to Puruvesi lake, which has the clearest waters in all of Finland, allowing you to see the bottom of the lake and the fish swimming around. The lake also has some shipwrecks, which you can scubadive to, if you’re craving for a more aquatic adventure.

Saimaa trip tip #3 – Explore
If you’re not one for making detailed plans ahead of your journey, Saimaa lakeland is a perfect place to go explore in. As we mentioned, it’s the largest lake in Finland with altogether some 14,850 km of coastline – the longest lake coastline in the world – and 13,700 islands. If that doesn’t sound like a call for adventure, we don’t know what does.

With so many beaches, islands, channels, nooks and crannies to explore, you could easily spend the whole summer just going from one island to the next and still have plenty left to discover. That’s why we wholeheartedly recommend taking your time to explore Saimaa on a jetski – by yourself, with friends, with a guide or discovering by yourselves.

What makes exploring even more accessible is the fact that in Finland the freedom to roam, set by legislation, allows for people to camp and venture out in the wilderness so long as they do not harm nature or trespass on privately owned lands. Thus, as long as you’re not setting camp on anyone’s cabin grounds, you’re most likely free to stay where ever you set your eyes on.

Saimaa lakeland also has plenty of historic fishing lodges and saunas that are free for the public to use. The only condition to use them is to leave them in at least the same condition as you find them in, preferably in an even better state than upon arrival. These lodges and saunas allow you to add some local flavour to your adventures into the wilderness.

Also, did you know it is possible to reach what people call Finland’s national scenery, Koli national park, via Saimaa? It’s one of the most northern locations you can access via the interconnected water systems around Saimaa lakeland, and definitely one to visit if you’re looking for something more bold to do on your safari or adventures.

Break the ice and hit the cool waves in spring
If you’re like us and constantly on the lookout for different ways to enjoy the Sea-Doo life, Saimaa has the opportunities in droves – and the summer season is just the tip of the iceberg. After all, why not ride your jetski in a more arctic environment?

Thanks to Saimaa’s northern location, the lake is covered in ice during the winter months. While this means that it’s not possible to take your Sea-Doo out for a spin during the coldest – and darkest – winter months, you can enjoy an altogether different kind of cool Sea-Doo experience come spring time.

When the ice breaks and starts to melt, it’s possible to ride out on your Sea-Doo amongst the floating, cracked ice sheets and enjoy the icy vistas while traversing the cool waters. Trust us, it’s an experience like no other, and one which’ll surely offer a new way to look at your Sea-Doo life.

If you eventually want to move on to bigger things and are feeling truly bold, you can also venture outside Saimaa. For example, you can take the Saimaa channel out of Lappeenranta and eventually get out to the Gulf of Finland on the Baltic Sea. After that, it’s up to you where to head off to – the possibilities are endless!

And speaking of endless possibilities, you adventure seekers, the Lakeland Luxperience crew have been teasing of expanding their operation in a way that they are able to offer safaris 365 days a year. We sure think that sounds like a tempting possibility to explore – don’t you?

If you’re interested in Lakeland Luxperience safaris, read more on their website or check out their Instagram for the latest adventures. If you want more tips on living your Sea-Doo life to the fullest, make sure to catch up on our blog regularly.

See you on the cool waves! 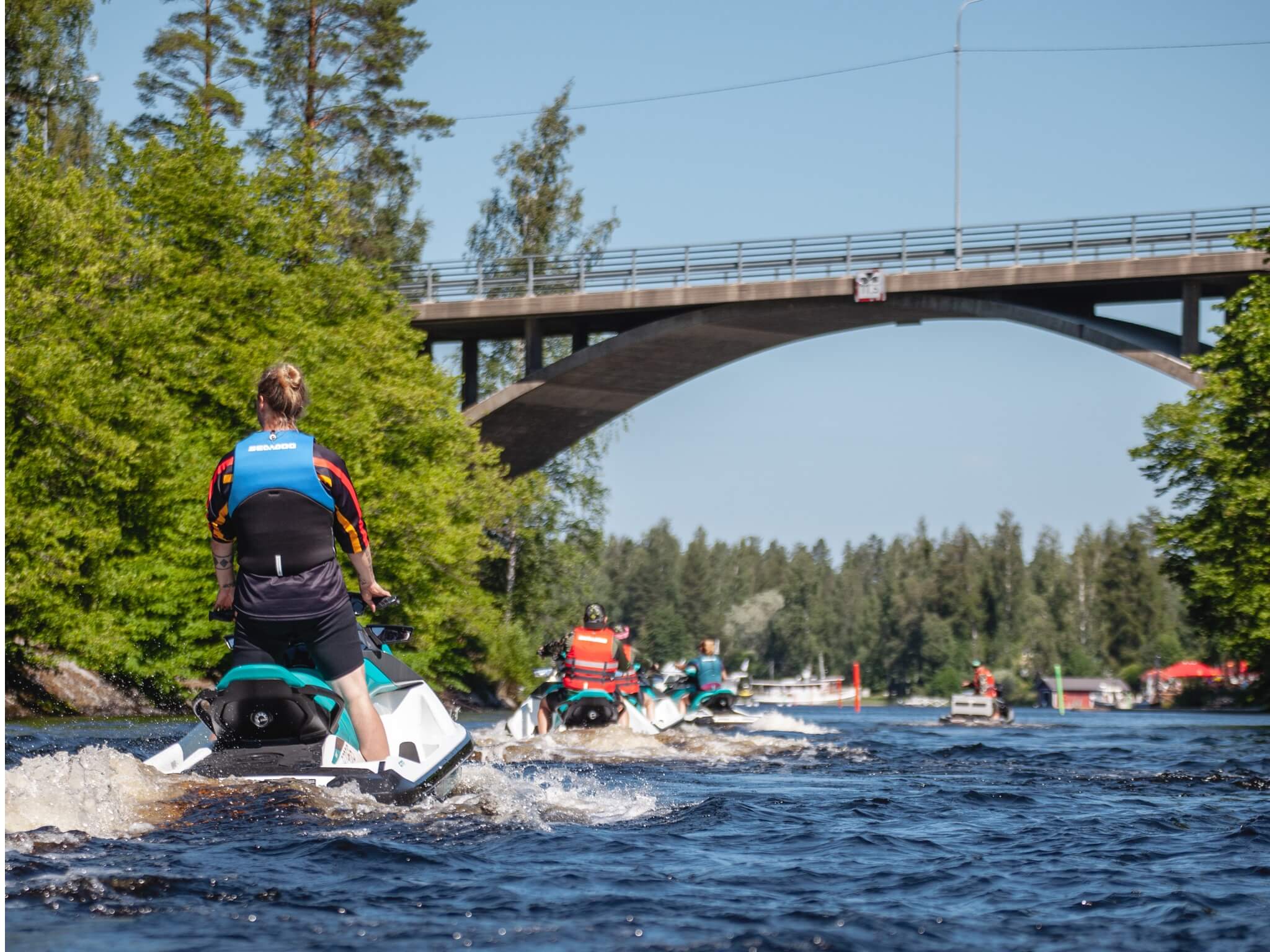 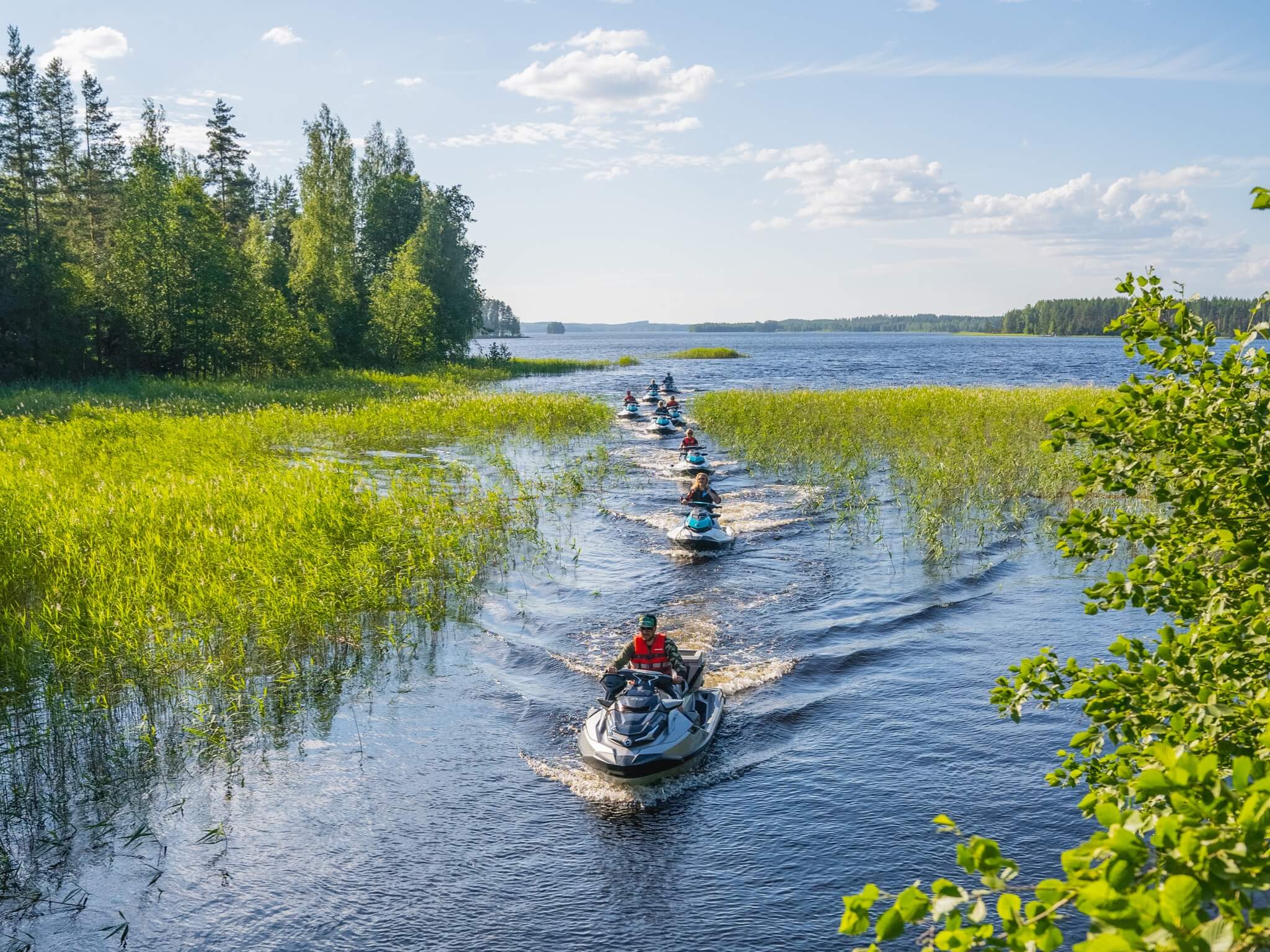 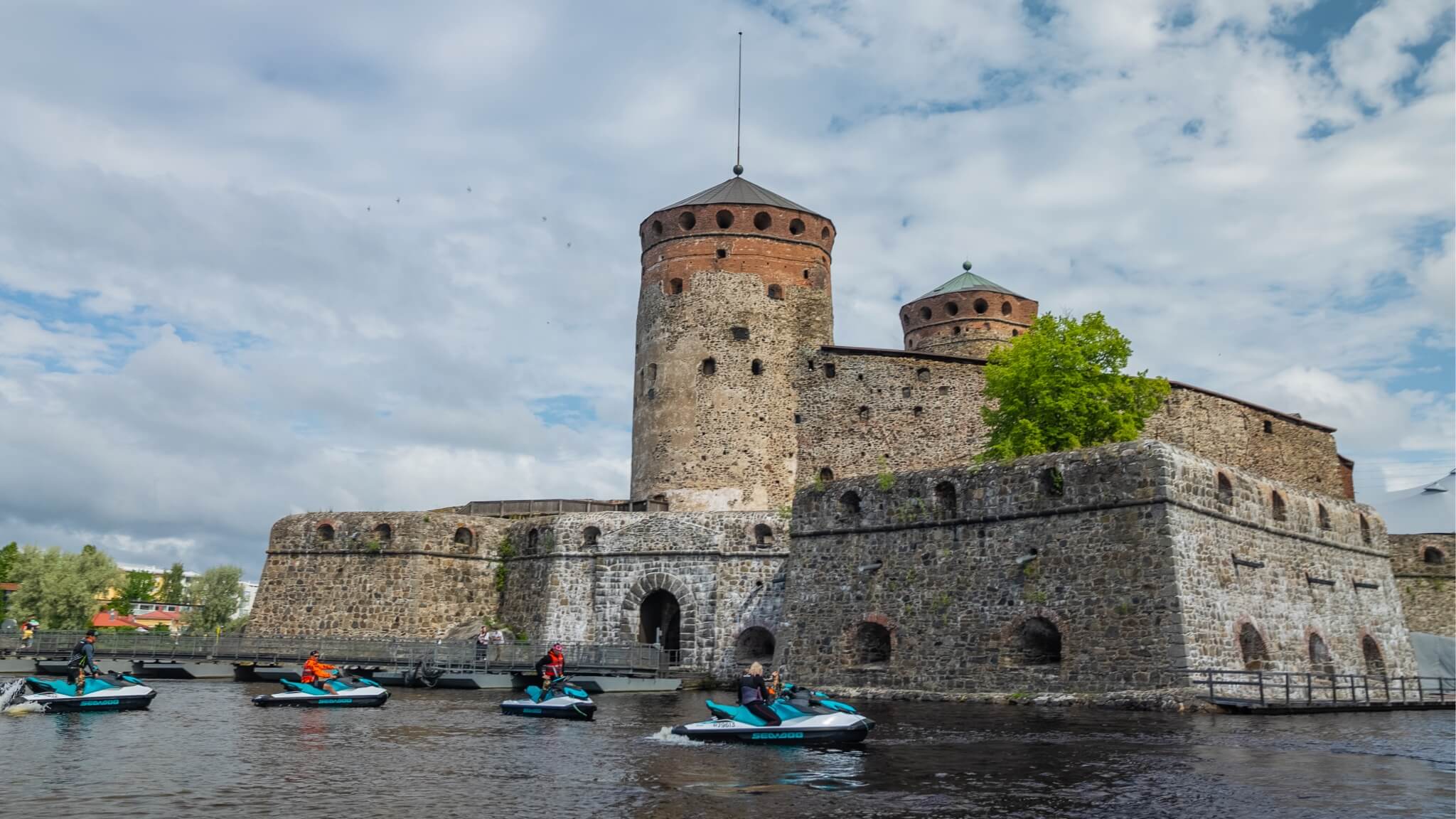 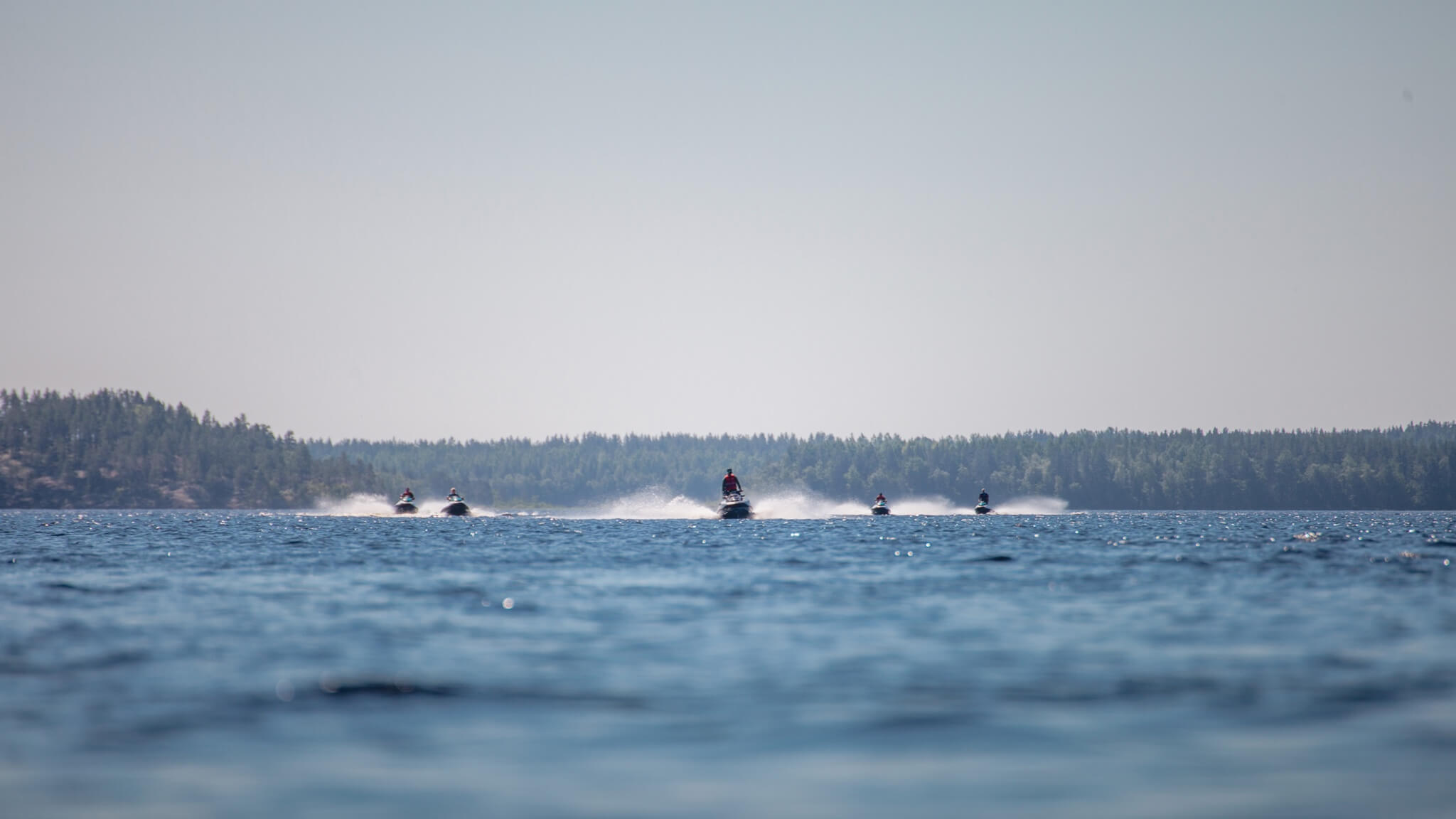 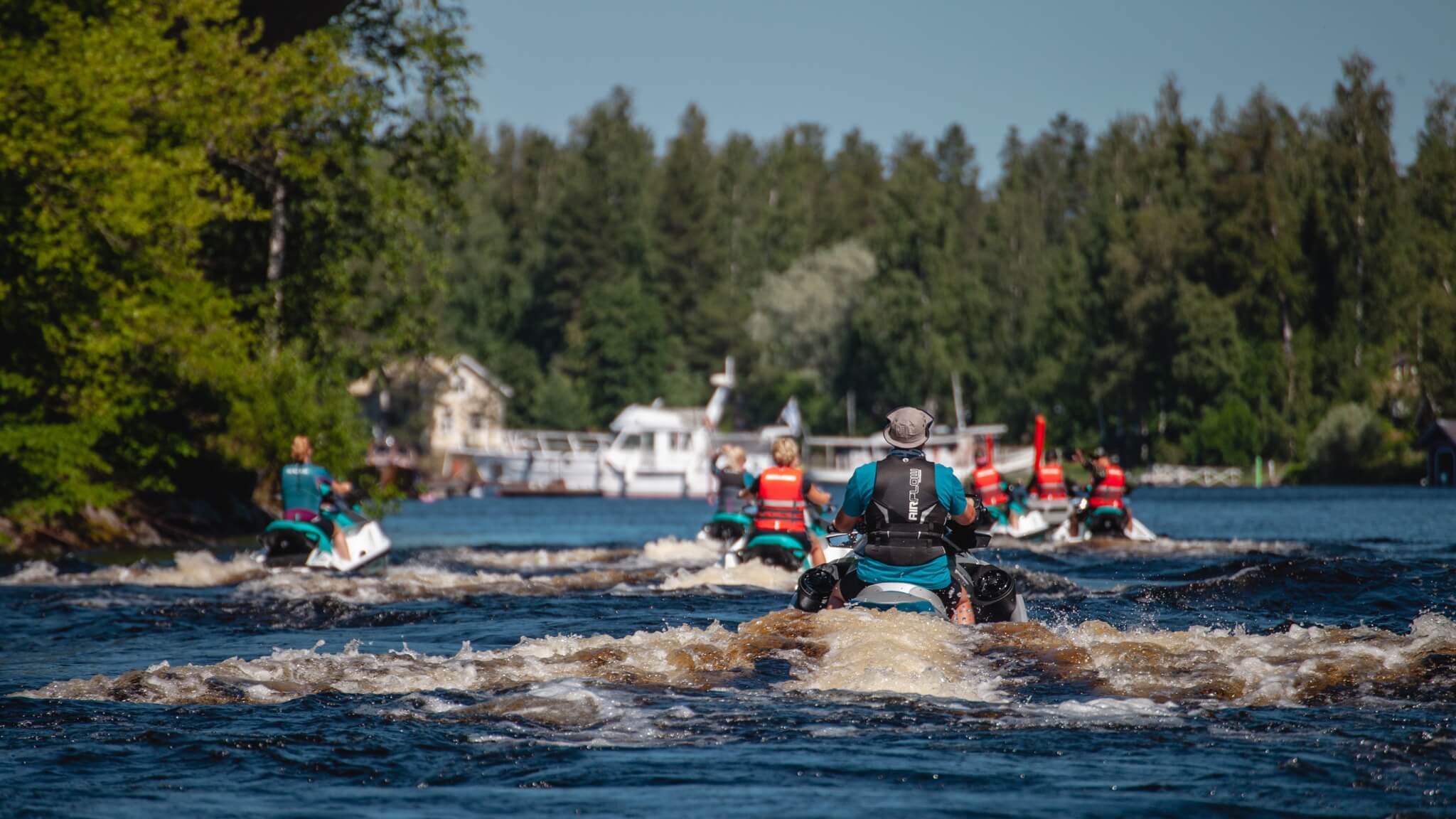 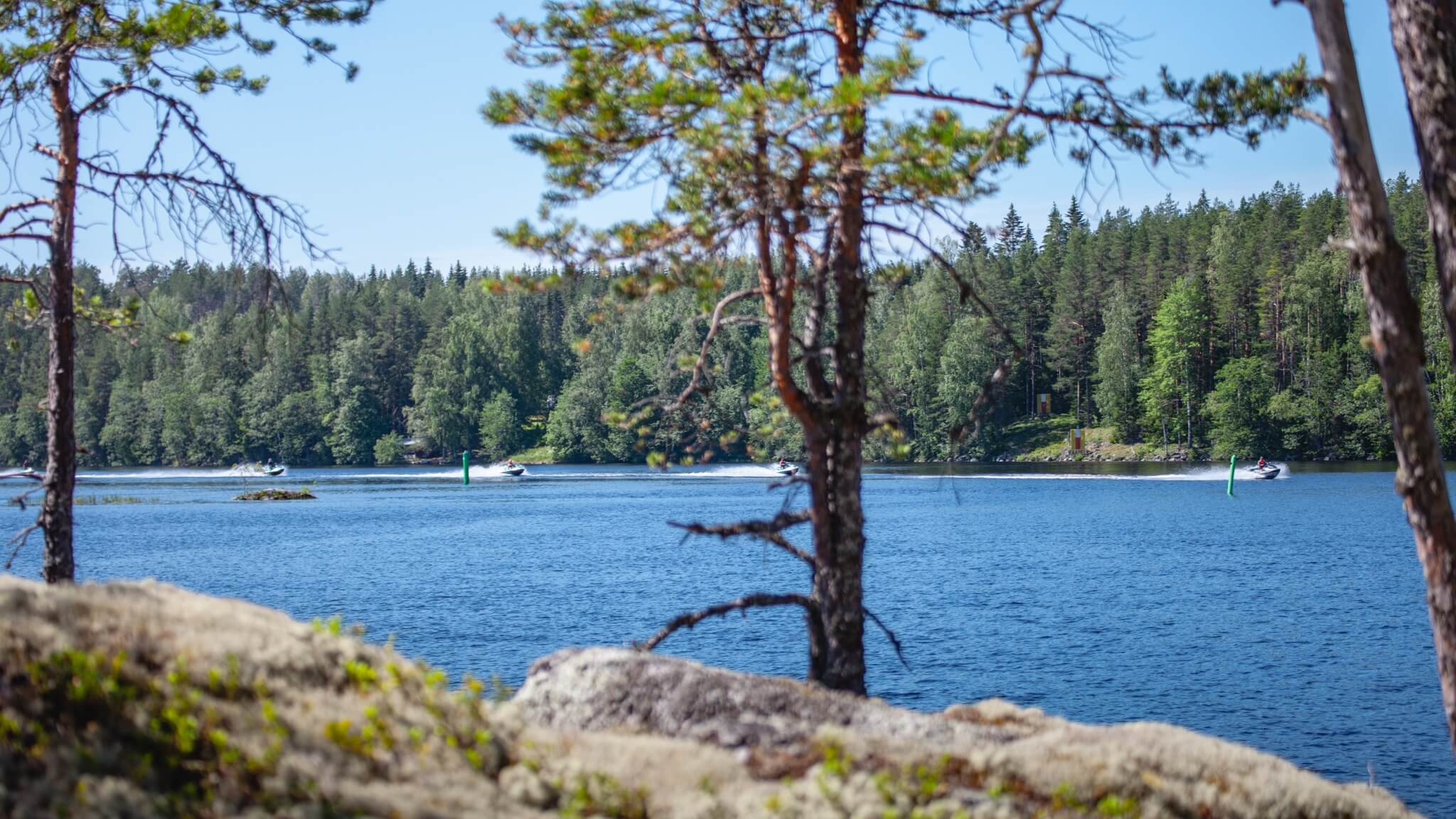