Great deal on 2022 models! Get a 2022 personal watercraft or Switch now with these amazing financing and coverage offers. View full details

What could be better than camping along some of the most beautiful coastline in the world? Doing it by Sea-Doo, of course! Sea-Doo Ambassador Chris Farro and girlfriend Erin loaded their GTI 170 SE with dry bags and set out to experience the Hawaiian Islands like few ever get to. Here’s their story.

The last of the 50 states, Hawaii did not become a U.S. state until August 21, 1959. It is the only U.S. state made up entirely of islands. And as far as we’re concerned, that makes it the perfect place for a Sea-Doo adventure unlike any other: Camping by Sea-Doo in the Pacific.

Located some 2,000 miles from the U.S. mainland, most know Hawaii for pristine beaches, awe-inspiring natural beauty and an abundance of marine wildlife that migrate through its waters annually.

A picturesque tropical escape for those in the Northern Hemisphere looking for a break from the cold, the most seasoned Hawaiian travelers know summertime – although steamy and hot – is when the waters are at their calmest and the playful dolphins are plentiful.

“I had been wanting to take Erin down the coast to go camping by Sea-Doo all winter and spring,” said Farro. When it finally got calm enough in the ocean, we had to do it! It’s a romantic trip and everything you find is more beautiful than the last thing you just saw,” he added.

By daylight, amazing moments and memories were in abundance as the couple ventured ashore to discover 500-foot waterfalls and enjoyed the entertainment of dolphins riding off the bow of their Sea-Doo GTI.

“I think everyone finds a special connection to dolphins and when you see them swimming freely and so interested in you,” said Farro. “It’s quite a rad experience. I think they like the music from the Sea-Doo because whenever we are playing music, they seemed to find us.”

As the sunlight faded, a sense of fulfillment and excitement seemed to surround them.

According to Chris, “It’s so wonderful to watch the last remaining light fade away to the warmth of a bonfire. Time to snuggle up in the tent, watch the stars and get ready for the next day of adventures!” 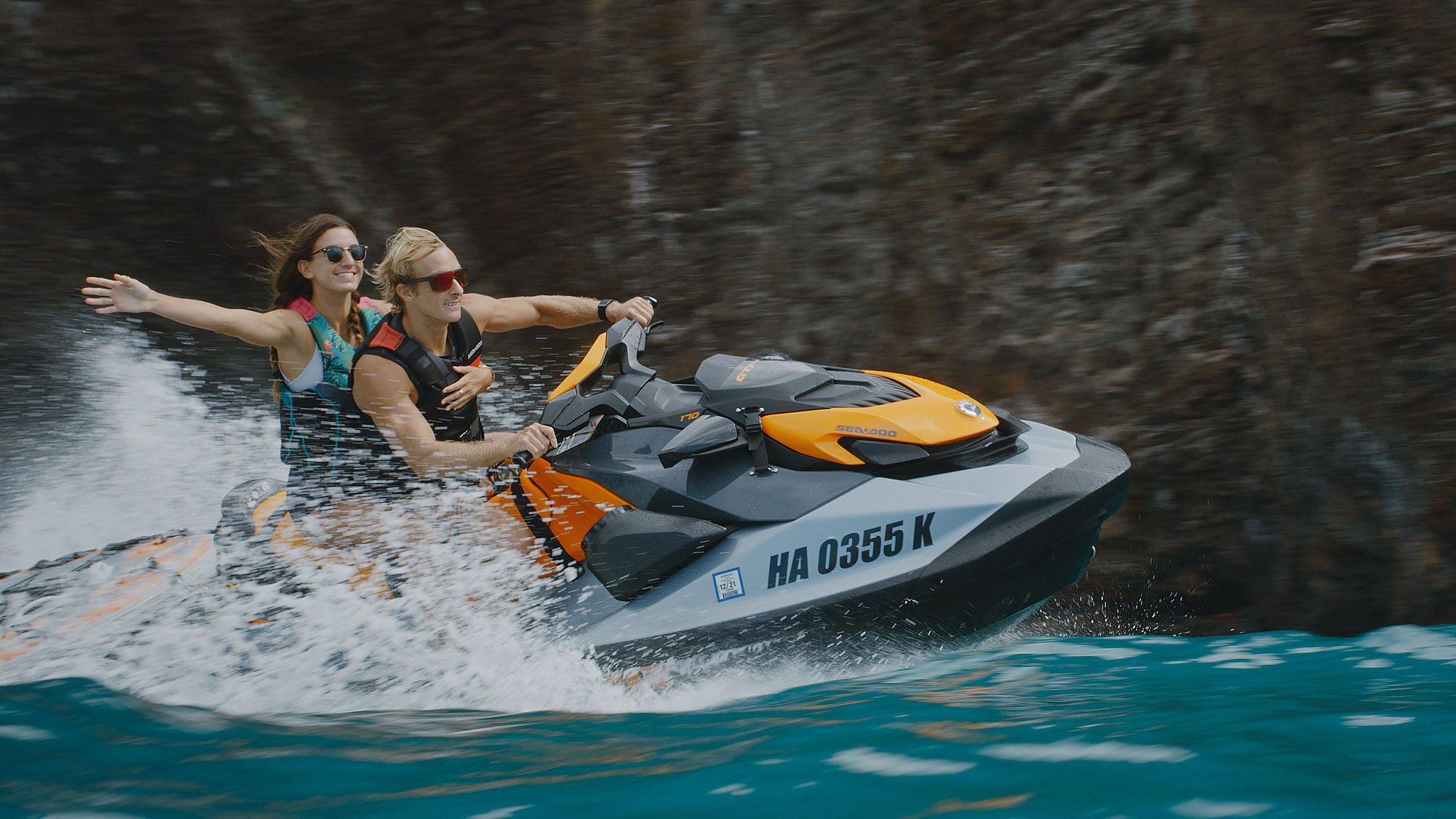 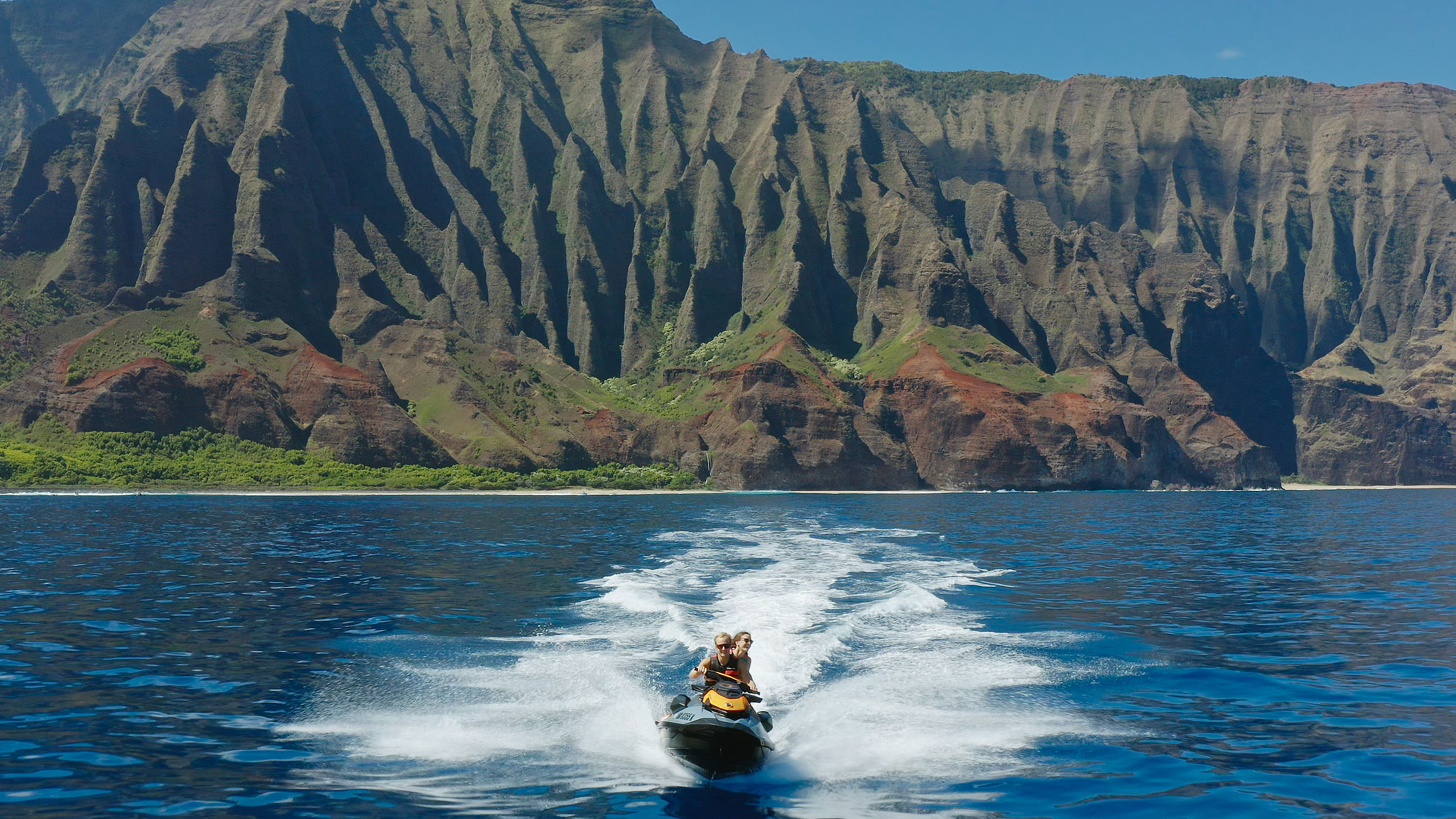 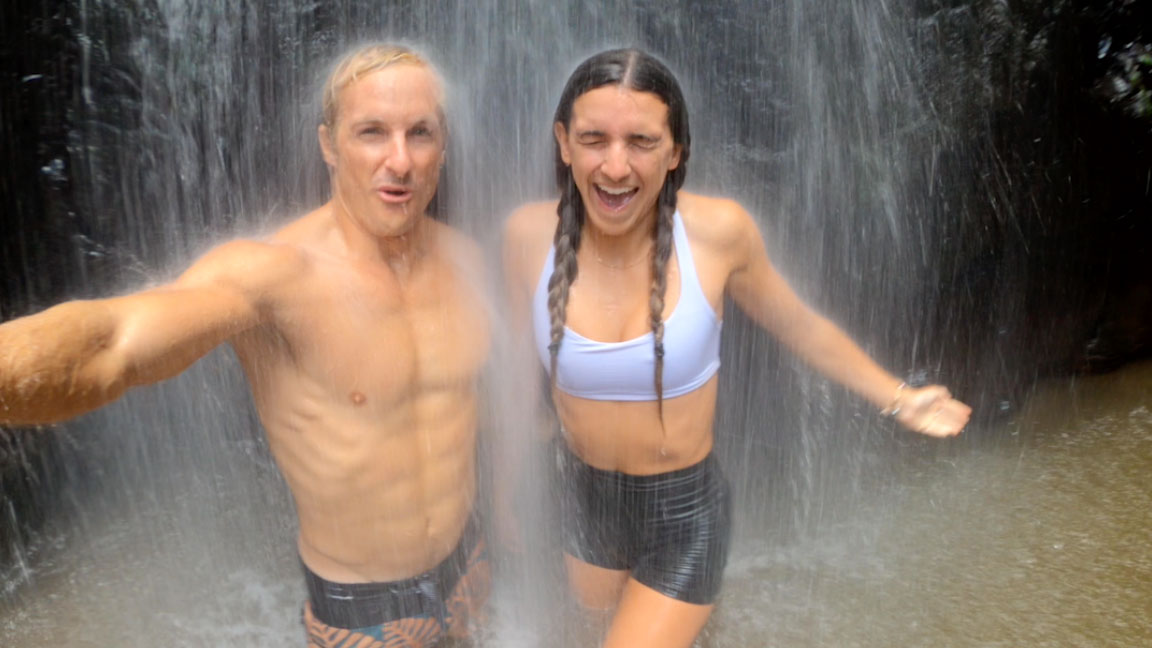 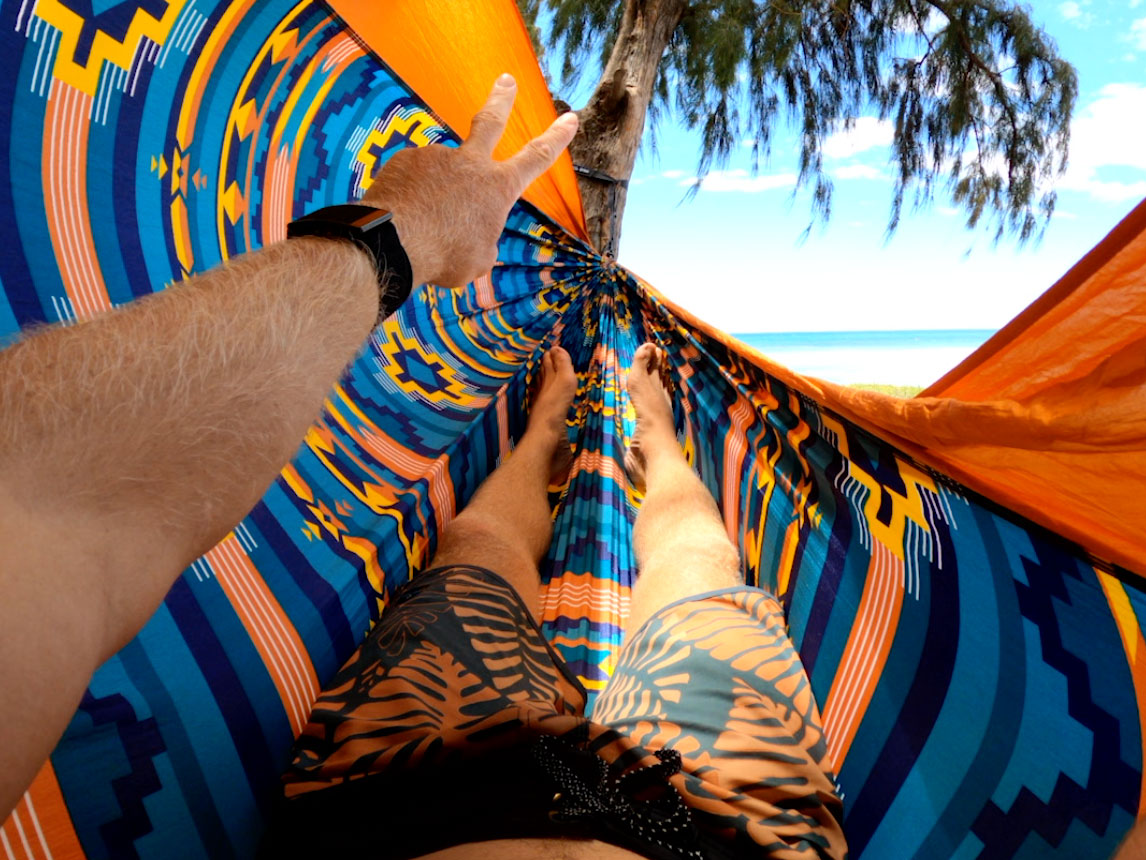 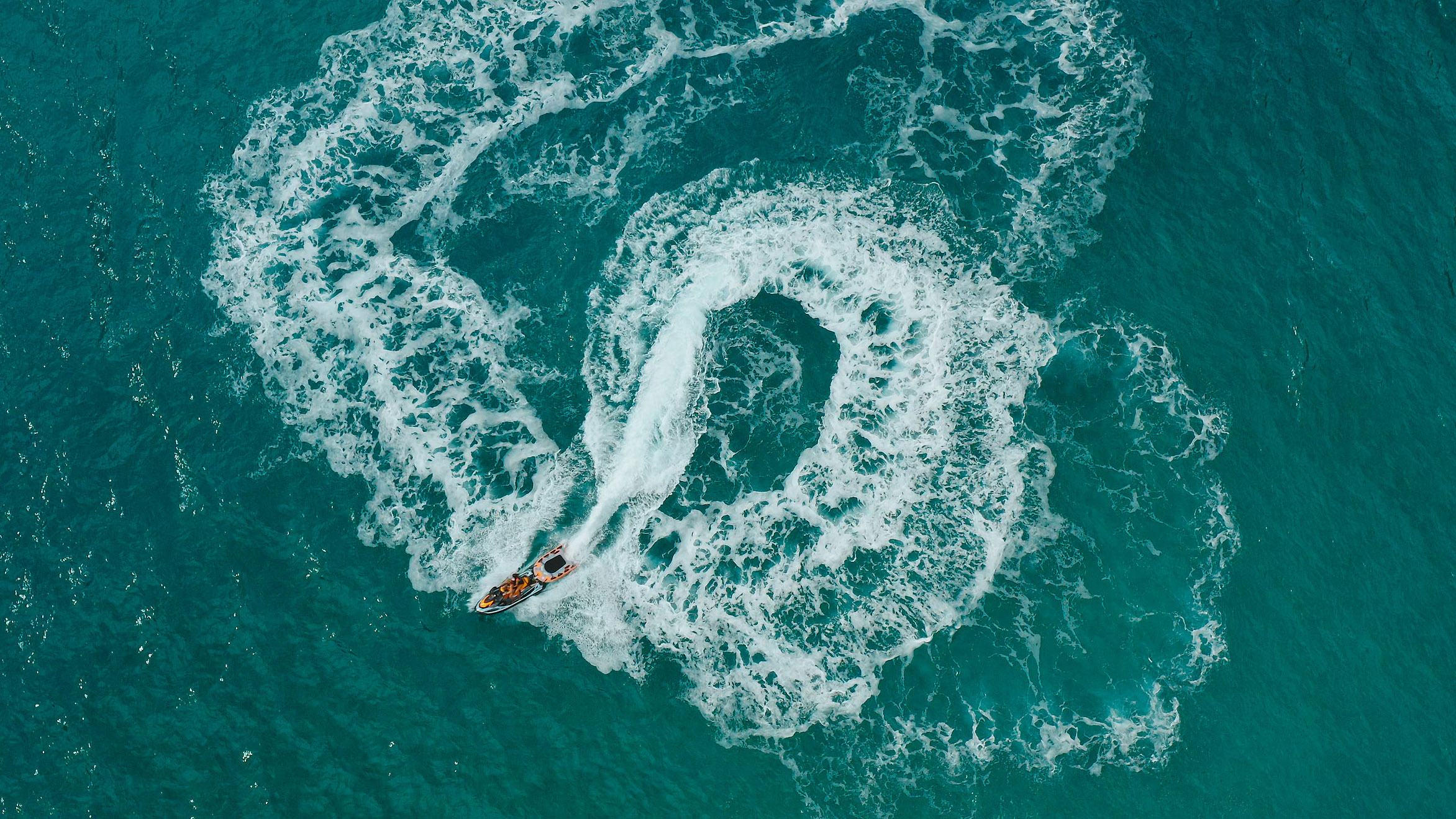 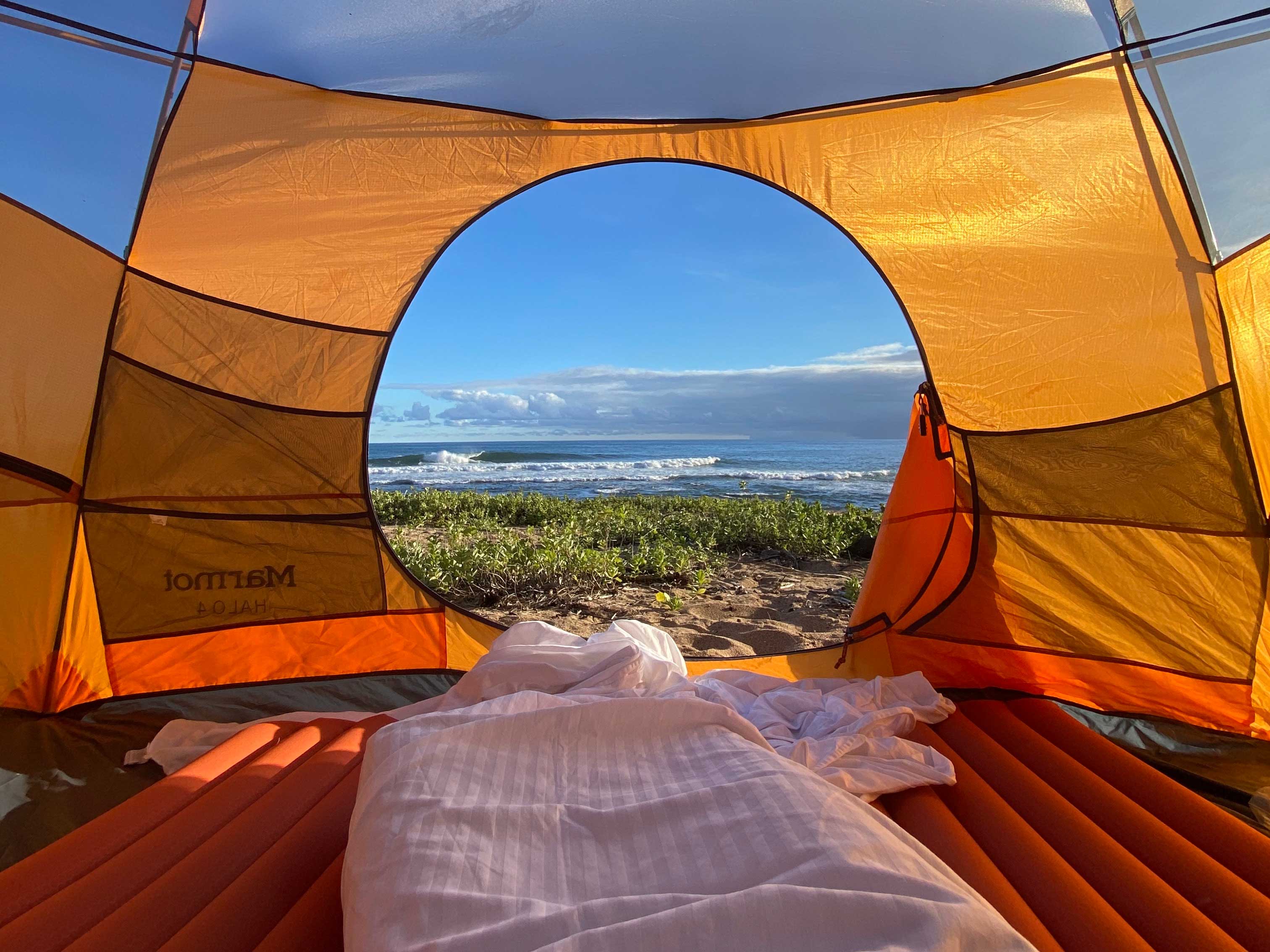